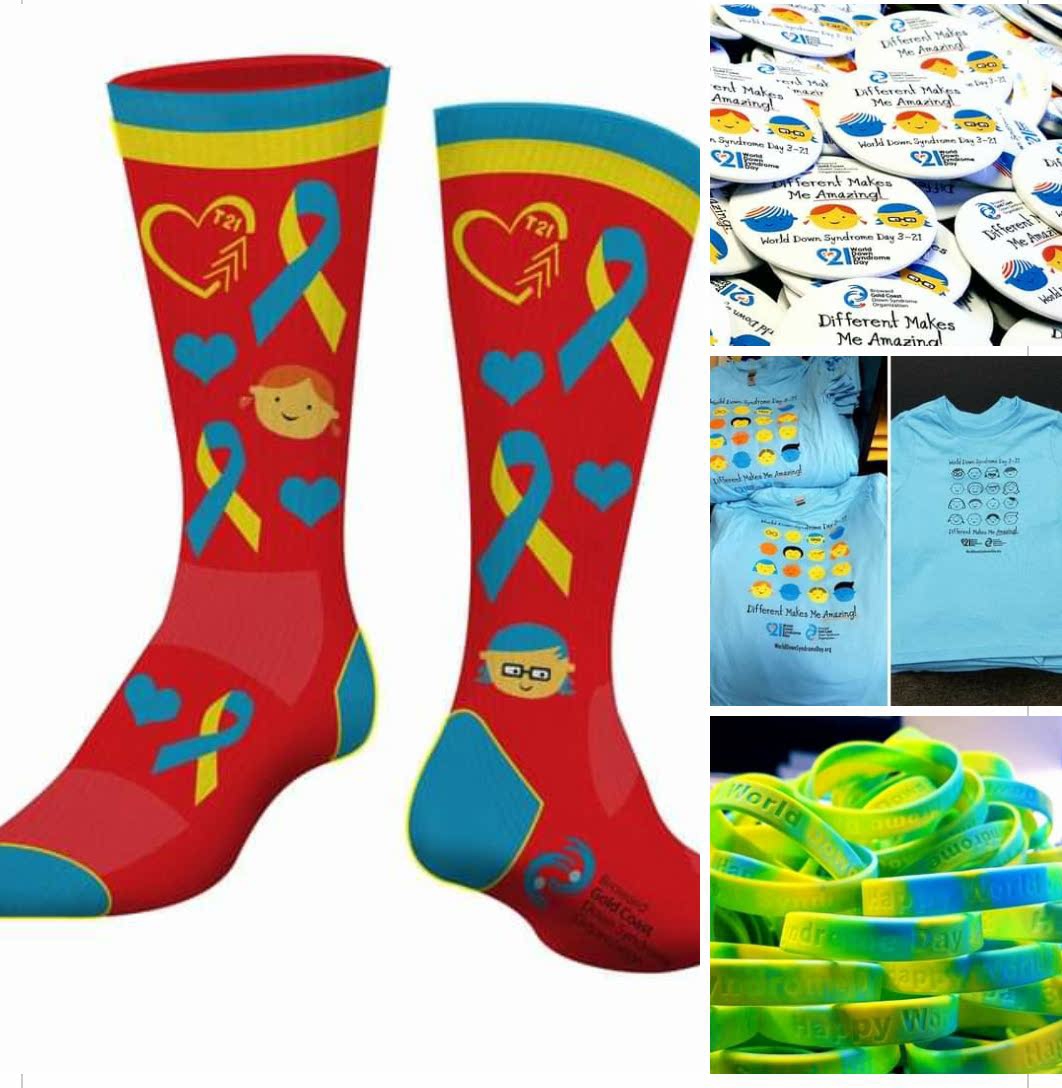 By Bach Todaro | BGCDSO Families, Community Events, Community Resource, Events, Fundraising | No Comments
Down syndrome community across the world will join together on March 21st to celebrate World Down Syndrome Day (WDSD).  Together we raise awareness, advocate for the rights, inclusion and well being of people with Down syndrome.  One way that you can get involved is by joining the #LotsOfSocks campaign. Take a look into your socks drawer for those mismatched, craziest, or most colorful socks. Get your family and friends to join in the fun
We have limited edition socks for sale, especially designed for Broward Gold Coast Down Syndrome Organization.  Rock our awesome socks with us for World Down Syndrome Day (WDSD), presale order is starting now!
Check out matching Pins, T-Shirt, along with WDSD wristbands.  Take a look at each photo for more details.
Go to our website at https://bgcdownsyndrome.org/shop/ Don’t forget to select your size.
You can stop by our office in Coral Springs pickup your order, or we can mail it to you.  It’s first come first serve basis on the shirt sizes.
Thanks in advance for supporting our organization and help spread awareness.
2 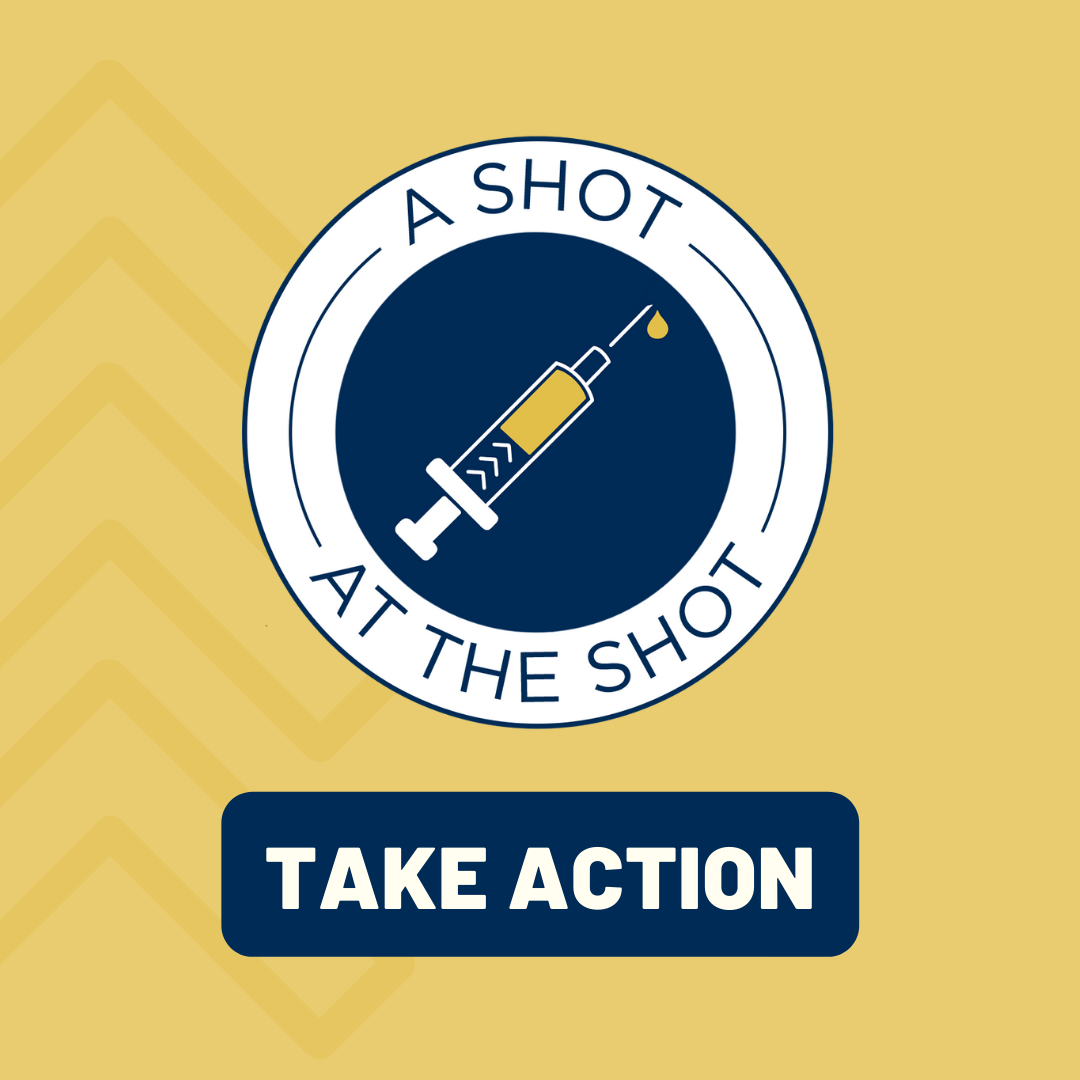 Covid-19 vaccine for people with Down syndrome

Today is the day to make our voice heard! Please contact Governor DeSantis and your local legislators to make people with Down syndrome on a priority list of receiving the Covid-19 vaccine. You can call the Governor’s Office at (850) 717-9337.

We respect the right of every family to make their own health decisions. We are not recommending the vaccine; we are simply advocating to ensure our community has access to all the valuable resources and services available.

Thank you for your support!

ACT NOW: CONTACT YOUR ELECTED OFFICIALS TODAY TO ASK THEM TO ADD PEOPLE WITH DOWN SYNDROME TO THE COVID-19 VACCINE PRIORITY LIST.

WE HAVE ONLY TWO DAYS LEFT FOR STATEWIDE CALL-IN, MAKE YOUR VOICE HEARD!

Broward Gold Coast Down Syndrome Organization along with several Down syndrome support groups across the state of Florida are hosting a Down syndrome statewide call in; text; and post on social media, on Thursday, January 28th regarding COVID-19 vaccines and people with Down syndrome.  Please join us in our efforts by contacting your elected officials today.

The CDC has added Down syndrome to the list of high risk medical conditions and recommends priority in vaccination for COVID-19.

We respect the right of every family to make their own health decisions.  We are not recommending the vaccine; we are simply advocating to ensure our community has access to all the valuable resources and services available.

Thank you for your support! 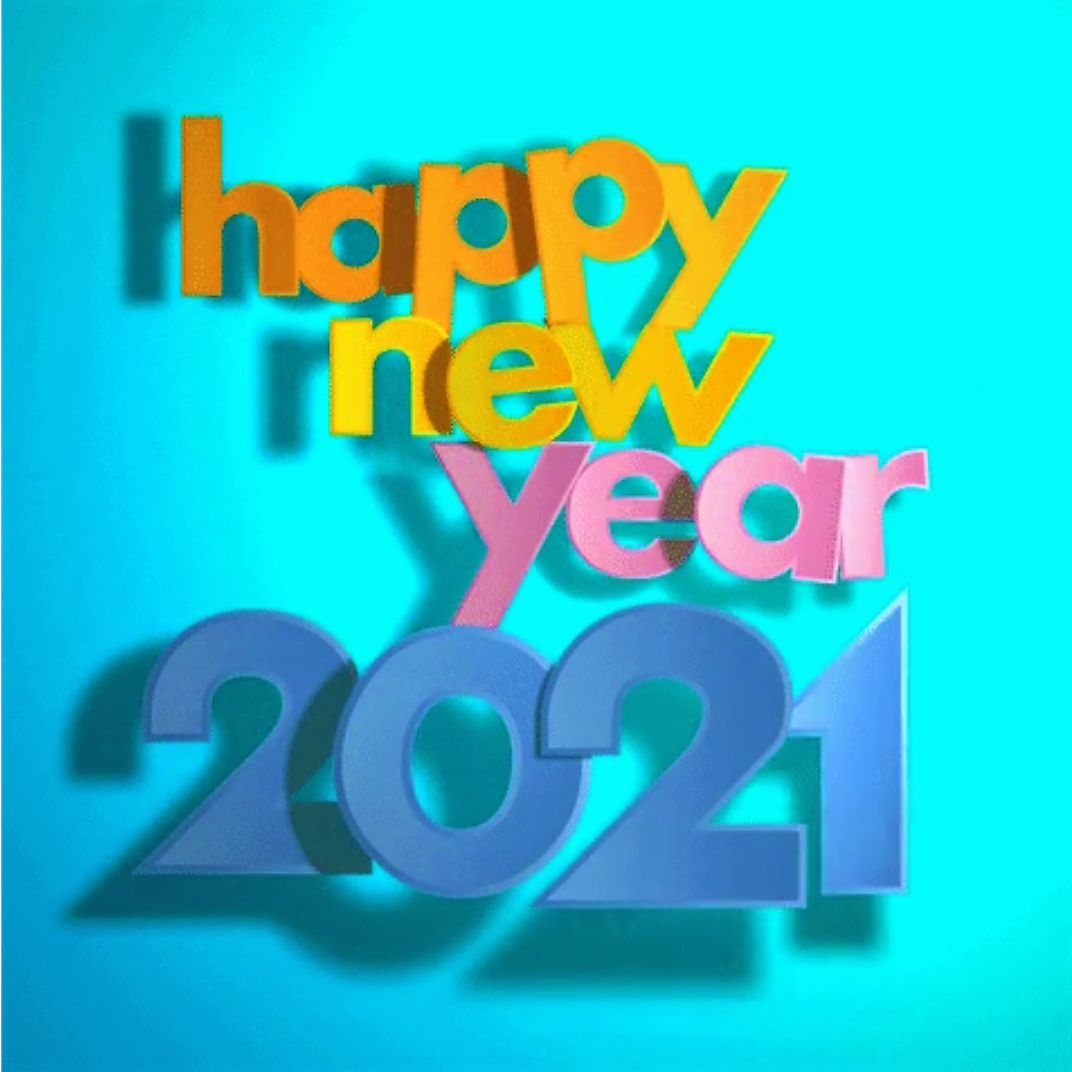 By Bach Todaro | BGCDSO Families, Community Events, Community Resource, New Parents Resource, News | No Comments
Dear Friends,
2020 has been a different kind of year for all of us, it’s been such a whirlwind of ups & downs with so much that we have learned from. We can now start to see light at the end of the tunnel as we are starting a new year with hope and health in 2021.
Here are a few important reminders and updates:
– Expectant/New Parent: If you are expectant or new parent of a baby with Down syndrome, congratulations!

Contact us at www.bgcdownsyndrome.org for your New Parent package. We have “Babies with Down syndrome” books in English and Spanish, along with medical resources waiting for your family. You don’t have to sail this journey alone; we are here to help.
– Med Waiver: If your child with Down syndrome is 3 years old or older and is not on the Medicaid Waiver, make sure to apply for his/her as soon as possible as there is a long wait list at the Agency of Persons with Disabilities (APD). Florida Medicaid waiver will provide services to those with intellectual disabilities. Many people who quality is not even aware of eligibility. The waiver is applicable to all ages. Go to https://www.apd.myflorida.com for more details and to apply.
– Guardianship: By law, parents of an adult child with special needs can no longer make medical or financial decisions for them once they turned 18 years old. Therefore, preparing for their transition is crucial. You can contact Stephanie Schneider at https://www.fl-elderlaw.com/ for more detail.
– Social Security: If your son/daughter is 18 years old, they are eligible for Supplemental Security Income (SSI) and Social Security Disability Insurance (SSDI) are federal programs that provide assistance to eligible children and adults with disabilities. https://www.socialsecurityoffices.info/co/fl-broward
– Broward Gold Coast Membership: Our membership for 2021 will be available soon for your renewal at www.bgcdownsyndrome.org, stay tuned for our email of any changes in the membership. As always, your membership has to be current before you RSVP to any social events, or request for the scholarship.
– SU4DS Walk & 5K Run 2021: As you are aware, our 2020 SU4DS Walk & 5K Run has been postponed to March 20, 2021 at Markham Park. Unfortunately, due to the ongoing COVID-19 pandemic, we are subjected to many restrictions such as: 50% of capacity, no shelter, no electrical outlets available, 6ft social distancing, marks requirements, etc. Markham Park is also one of the testing sites for COVID-19. We as the board have decided to delay our event to October 10th, 2021. We are hoping and praying by then we can all be safely getting together in person.
We wish you and your family a happy and healthy new year!
Sincerely,
Bach Todaro, Executive Director
0

People with intellectual disabilities and developmental disorders are three times more likely to die of Covid-19, compared with patients without the conditions, a new analysis found.

People with intellectual disabilities and developmental disorders are three times more likely to die if they have Covid-19, the illness caused by the coronavirus, compared with others with the diagnosis, according to a large analysis of insurance claims data.

The finding raises complex questions about how to allocate new vaccines as they become available in limited supplies. The drug maker Pfizer announced this week that its experimental vaccine is performing well in clinical trials.

So far, guidelines for distributing vaccines have recommended prioritizing emergency workers, health care providers and other essential workers, as well as people at heightened risk for severe disease, including some older adults and those with certain chronic illnesses.

The guidelines, which are still evolving, have not specifically emphasized the importance of prioritizing the vaccination of children and adults with intellectual disabilities like Down syndrome and developmental disorders. They emphasize more generally the need to protect people with underlying health problems and those living in congregate settings.

The new analysis was performed by FAIR Health, a nonprofit that claims to host the nation’s largest private health insurance claims database, in collaboration with Dr. Marty Makary, a public health expert and professor of health policy and management at the Johns Hopkins University School of Medicine, and the West Health Institute, a group of nonprofits focused on aging and lowering health care costs to seniors.

The analysis was evaluated only by an academic reviewer and has not been published in a scientific journal.

FAIR Health set out to identify who is at greatest risk for dying of Covid-19 by reviewing health claims from nearly half a million Americans of all ages filed from April 1 through Aug. 31, said Robin Gelburd, president of the organization.

“What we find particularly new is the identification of developmental disorders and intellectual disabilities really surfacing to the top in terms of linkages between these categories of comorbidities and the risk of death,” Ms. Gelburd said.

Lung cancer patients with Covid-19 have a similarly heightened risk of death, compared with patients without the cancer, the analysis found.

“As we move toward approval of a vaccine, we’re identifying at-risk populations where you could either prioritize vaccine distribution or, prior to that, begin to give special attention to the care and treatment of these individuals knowing that they’re particularly vulnerable,” Ms. Gelburd said.

People with intellectual disabilities and related conditions include those with Down syndrome and other chromosomal anomalies and congenital conditions like microcephaly. Developmental disorders include those of speech and language, as well as central auditory processing disorders, some of which may be caused by an underlying condition like cerebral palsy. Neither category included autism, the authors noted.

“There is no question,” said Arthur Caplan, director of medical ethics at the New York University Grossman School of Medicine. “These people are high risk and must be given priority for vaccination.”

Still, Dr. Caplan expected there would be debate about what constitutes appropriate distribution of scarce resources.

“There has always been some hesitancy to treat people with intellectual disabilities and people who are institutionalized as equal in terms of consideration for scarce medical resources — and that also includes prisoners, by the way,” he said.

“There will be some balking and battling, on grounds that I would consider discriminatory.”

The new analysis included claims filed by 467,773 privately insured patients. While the database included seniors enrolled in private Medicare plans, it did not include patients on Medicaid, the government plan for the poor that covers many disabled individuals.

Some of the report’s findings confirmed earlier reports. Men were more likely to die of Covid-19 than women, accounting for 60 percent of all such deaths. People aged 70 and older accounted for barely 5 percent of Covid-19 diagnoses but 42 percent of the deaths.

In addition to the high risk to people with developmental disorders, lung cancer and intellectual disabilities, people with spina bifida and other nervous system anomalies were twice as likely to die of Covid-19. So were patients with leukemia and lymphoma.

The report is not the first to highlight the unique risks that individuals with developmental disorders and intellectual disabilities face in the pandemic. Scientists at Syracuse University reported in June that people with these disabilities who were living in group homes in New York State had far higher rates of Covid-19, compared with other state residents, and that their risk of dying was markedly higher, as well.

The population is uniquely vulnerable for several reasons. Many live in group homes or receive care from aides, therapists or teachers who must maintain close physical proximity in order to assist them. Between 16 percent and 20 percent live in congregate settings, compared with only 6 percent of seniors, said Scott Landes, an associate professor of sociology at Syracuse University and an author of that study.

Many are medically frail to begin with, with high rates of underlying health conditions, particularly respiratory problems. That makes them susceptible to pneumonia, increasing the risk for severe illness if they become infected with Covid.

Individuals with Down syndrome are more likely to have congenital heart defects; they may have less muscle tone around the neck and a larger tongue, increasing the risk of choking frequently and developing lung infections.

“Historically, it’s been a challenge for this population to receive good medical care,” Dr. Landes said. Because of their disabilities, they may have difficulty wearing a mask or maintaining social distance, or even understanding why the precautions are needed, he said.

“If you’ve got someone whose cognitive ability is severely reduced, just understanding what’s going on and why they have to wear a mask would be very confusing,” he said.

Vaccination will play a broader role beyond preventing infections. It will be critical to resuming education and the full array of treatments and other services for those with intellectual disabilities and developmental disorders, whose lives have been disrupted by the pandemic.

“In many ways, the biggest risk from Covid in this population is not to the ones who are infected, but to the ones who are not infected,” said Dr. John Constantino, a psychiatrist who directs the Intellectual and Developmental Disabilities Research Center at Washington University School of Medicine.

With their education and treatments disrupted, “there are many children with intellectual disability that cannot even begin to get any semblance of education,” he said.

“We’ve watched young children with developmental delays who are going backward, losing skills and seeing their progress stall. These are little kids in whom we’re trying to build developmental skills that will be with them for life.”